The story of the Valdres chapter starts in 1989, well in fact even before that, but that was the year they decided to become an official motorcycle club. A few partyhappy Bros that used to ride and party a lot together decided it was about time that they made it official and put on patches. The result was Cavemen MC, a name picked for reasons you can imagine. The gang was a bit rowdy back then, but the main thing was to have fun. Riding and drinking, that`s what these Bros did and the original ideology was a lot like the biker clubs from the days of the famous Hollister "riot". They really had no ambitions on doing anything else than go to parties and put as many miles on the odometer as they could.

Cavemen MC kept changing clubhouses and moved out of Etnedal county to the town of Dokka before heading back to Etnedal again a couple of years later. In -96 they finally settled in the town of Fagernes. The clubhouse was located in the center of town and it was closer to their Brothers in Einherjingan MC (ref. See Hallingdal Chapter History Page)

These two clubs grew tighter and tighter all the time and after years of friendship and Brotherhood they decided to team up under one flag. Out of respect to their old colors they decided to pick a new name for their club and bury both of the old names. Both clubs wanted to get back to the original ideology of the early clubs and suddenly what had once had been a dream was within` grasp. The contact with a legendary club had already started and a Brother from the So.California Chapter of this club suggested the Berzerker name to his Norwegian Brothers. An idea that was met with great satisfaction by the Norway crew.

The Berzerker MC had two chapters and both agreed with the German HQ of the legendary club to prospect under the Berzerker name. The goal was to become members in a club that had a rich history. A long hard road to establish had started.

The membership was granted 15`th of April 2000 and the quest for the club`s colors was over. It was a proud day when we got the original club jerseys and could wear them with pride for all to see. We were now a part of the club that had been a part of starting it all more than 50 years ago in a different part of the world. A bit further down the road it became apparent that the modern version of the club had very little or nothing to do with what once was. One after the other of our close Brothers decided to leave the club and soon even whole chapters decided to stop "chasin` a dream".

The Viking chapters decided to go on fighting as we felt they were not a part of the new breed so to speak. But when you`re caught behind the cattle truck all you smell is shit. We were fighting a loosin` game and it was time to move on to better things. The Viking Chapters` days in this club lead us to meet some of the finest Brothers we could wish for, most of them have now left the club.

During the three years that had passed, a close Brotherhood with Wino`s Crew MC had developed. It suddenly became obvious that a patchover to a real bikerclub was necessary. This was already a Brotherhood tighter than a nun`s pussy. Wino`s Crew MC had always been there for the Vikings. A club with integrity, that with Wino Willie`s blessing started a tradition on their own. Based on what once was and again was going to be. The Valdres and Hallingdal chapters patched over on the 17`th of June 2003.

In 2004 another milestone of the chapters history was reached. We were finally able to buy our own place and moved into the old slaughterhouse in Leira. The old building was soon rebuilt and restored into a home for the Valdres Crew. The Valdres chapter had settled for good.

The years passed and soon the two first chapters had been Wino’s Crew for 10 years. A damned good reason for making it one helluva party. The Valdres and Hallingdal chapters got together and decided to move the legendary Booze Up party to the end of July instead of the previous September dates. Then they reached out to Kristiansand and Oslo and offered to include them as organizers for the party in a 4way split. All four agreed and the party had suddenly grown into something bigger. Several bands were booked and as the party was about to start people were rolling in from all over the USA and Europe. Even the cops wanted to participate and had the party surrounded and a bear in the air filming the event. All participants were controlled by the cops before being allowed access to the party. (After all was over no charges were brought against any of the guests, no warrants and no drugs were found, only happy partygoers and smiling faces all over.) As the police chopper circled the campground the girls were flashing them, and some flipped the bird. Most just ignored them though..
The weekend came to an end and from the reports in magazines and by the grapewine this had been one nobody would’ve missed. Fabulous weather, great music, bikergames and just a helluva good time. 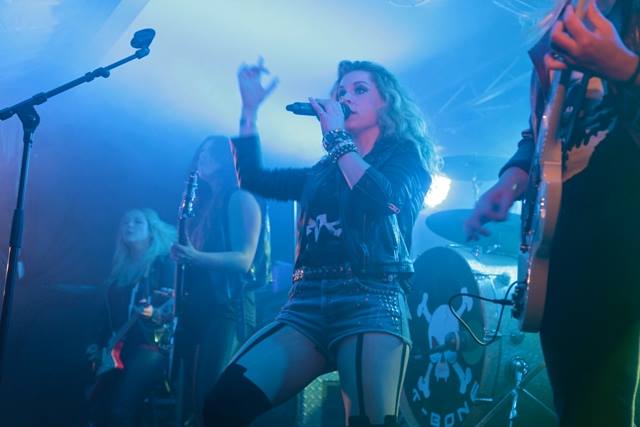 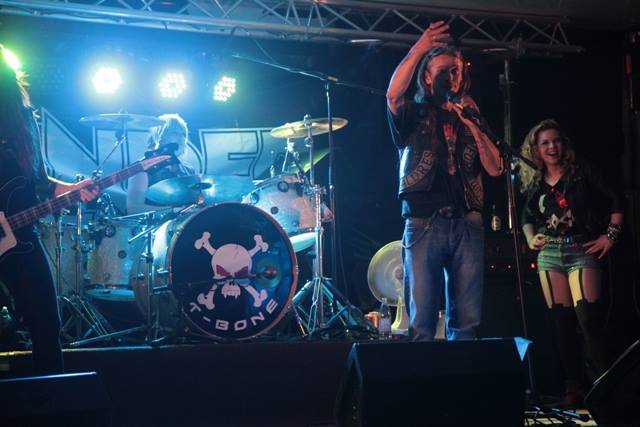 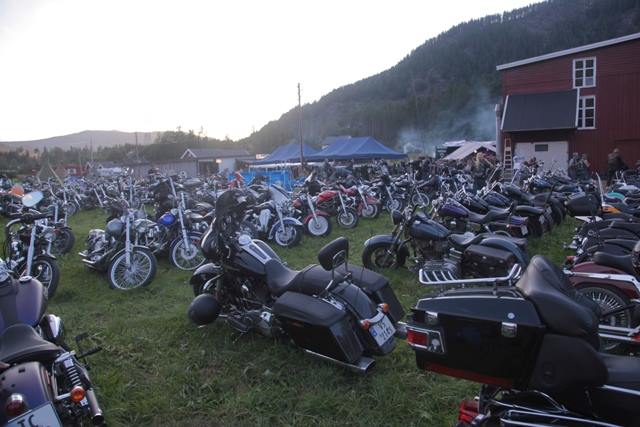 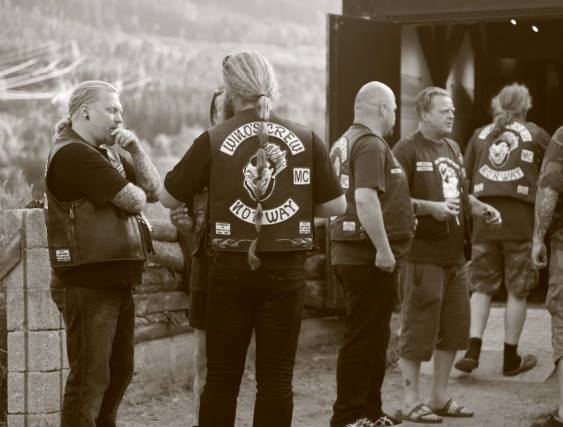 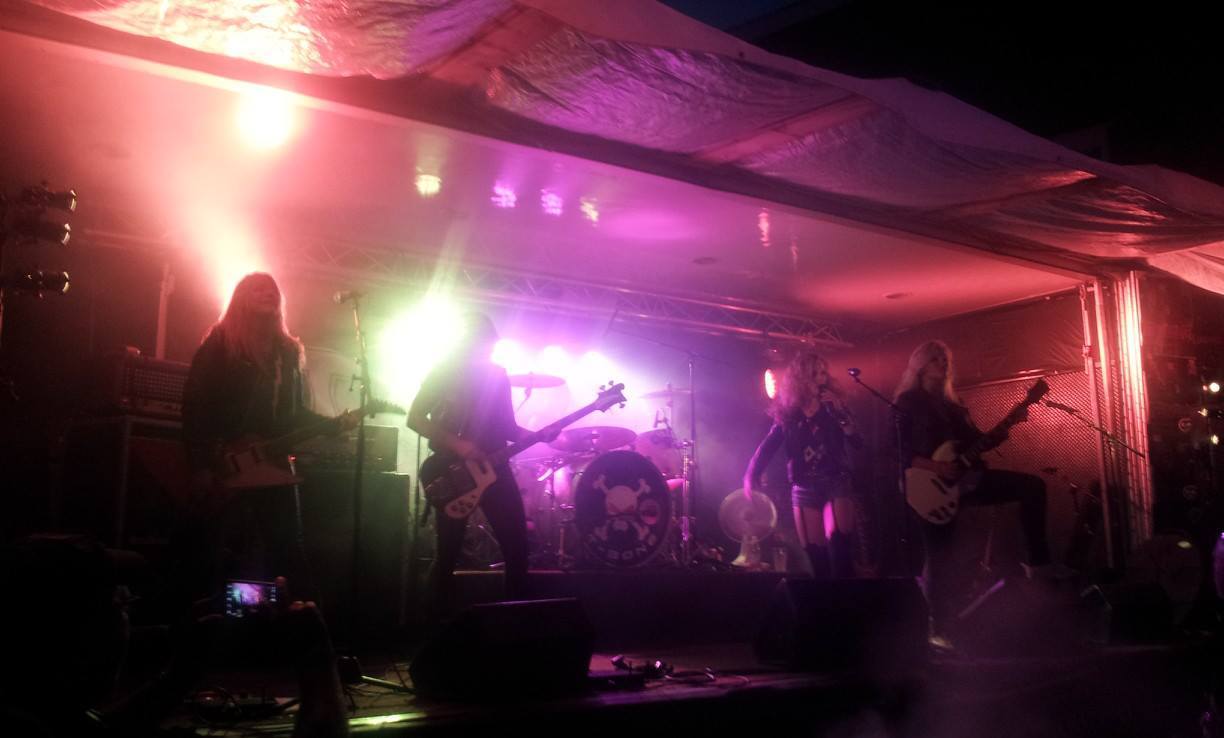 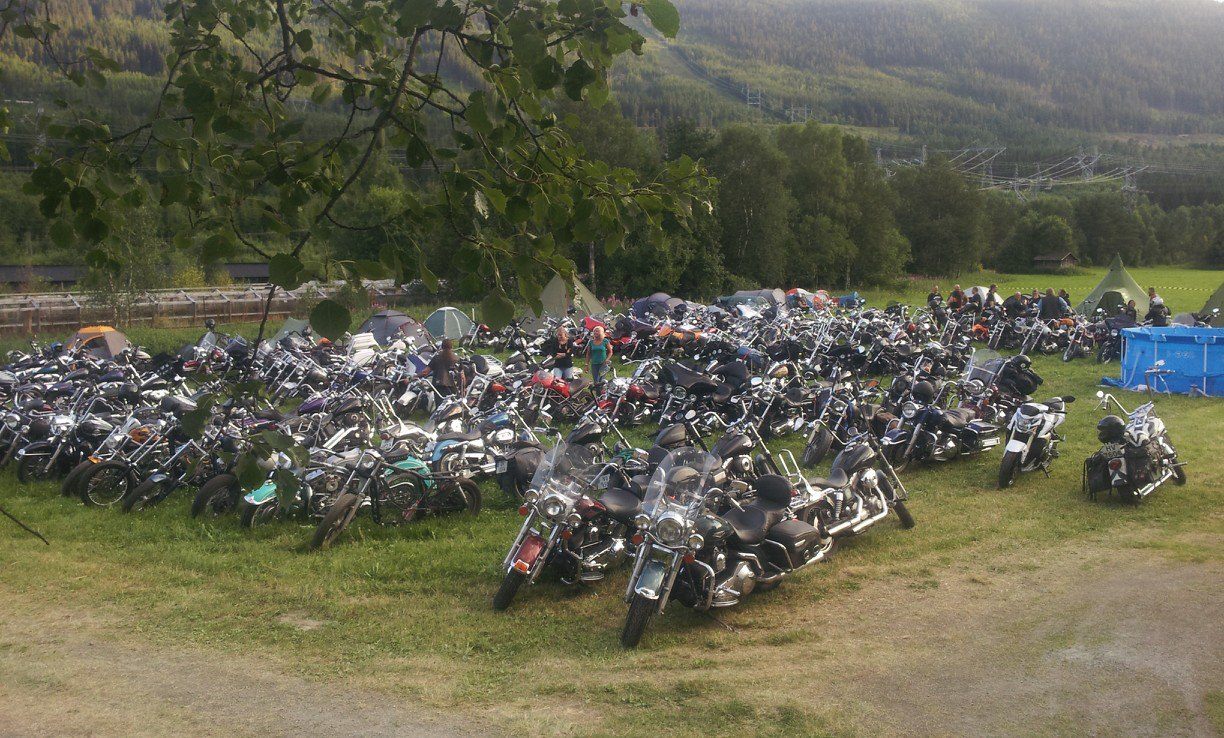 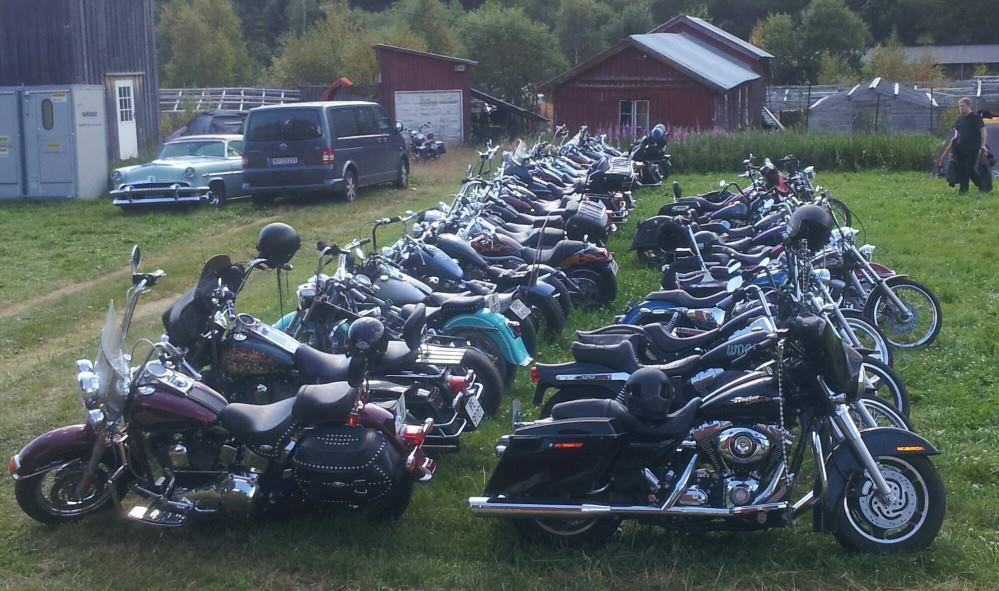 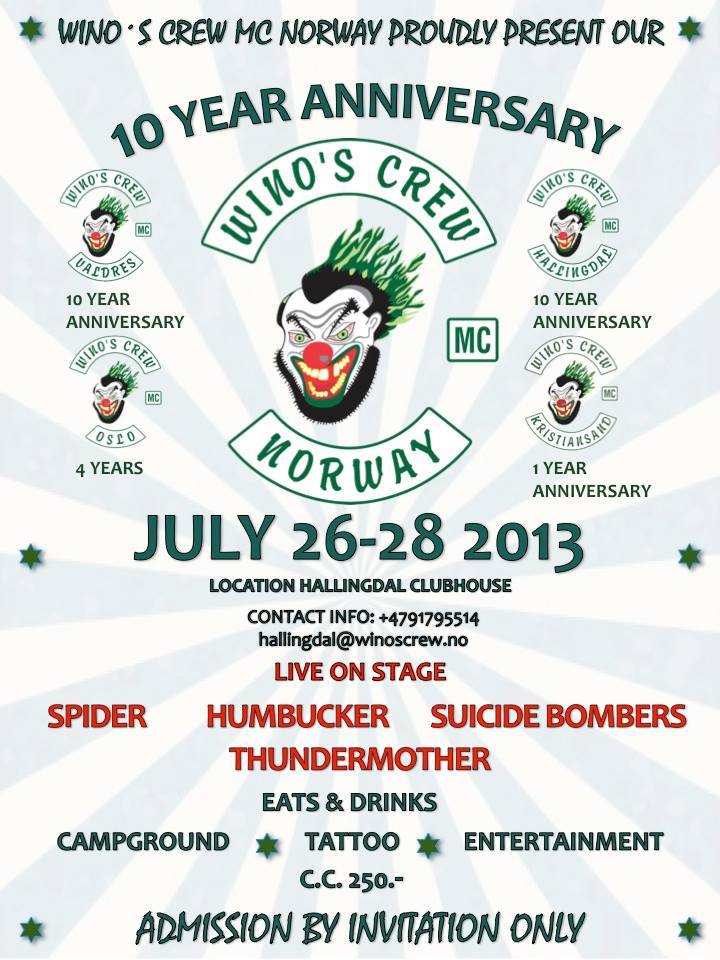 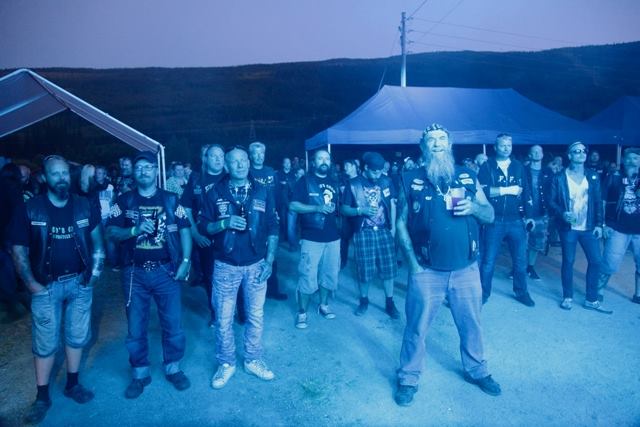 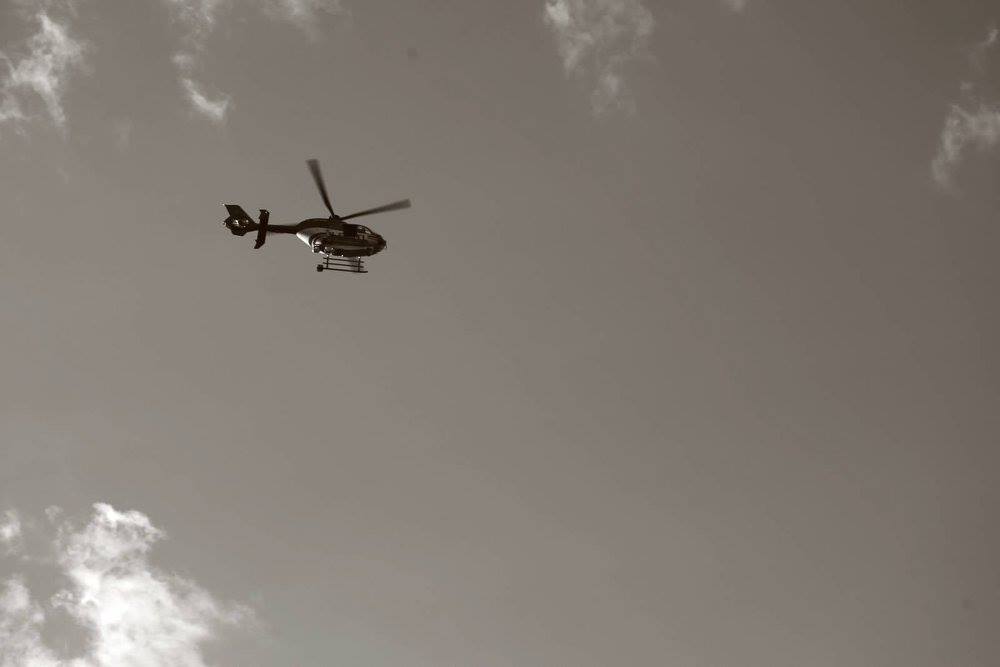 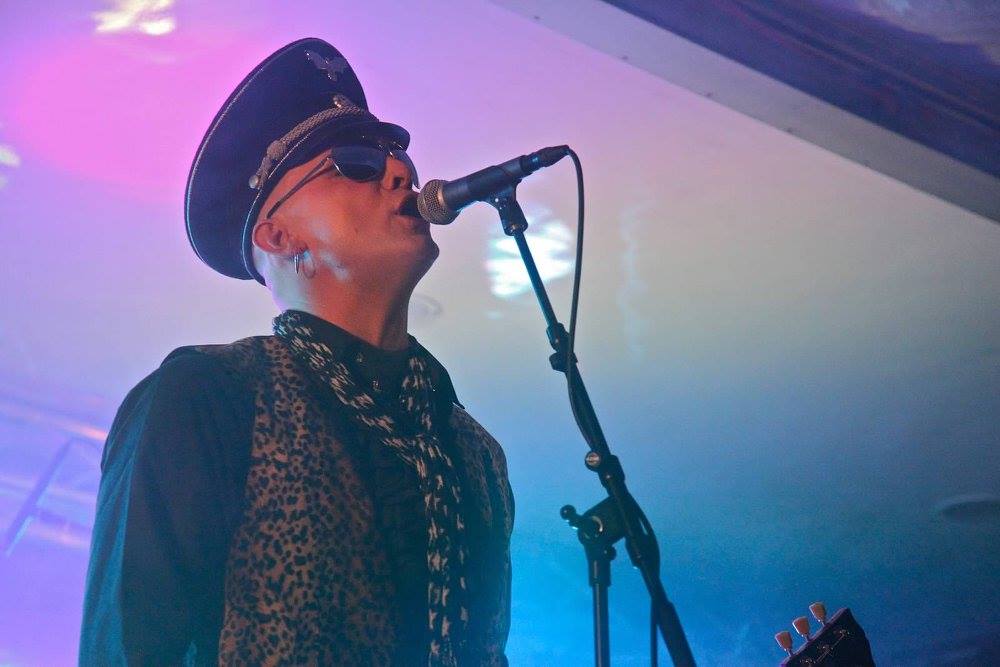 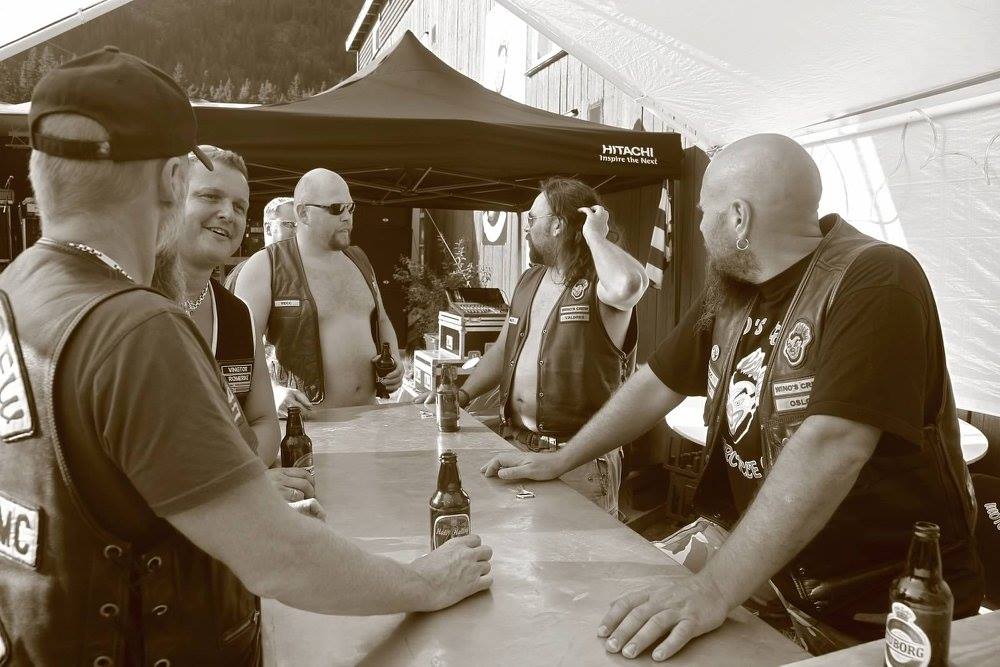 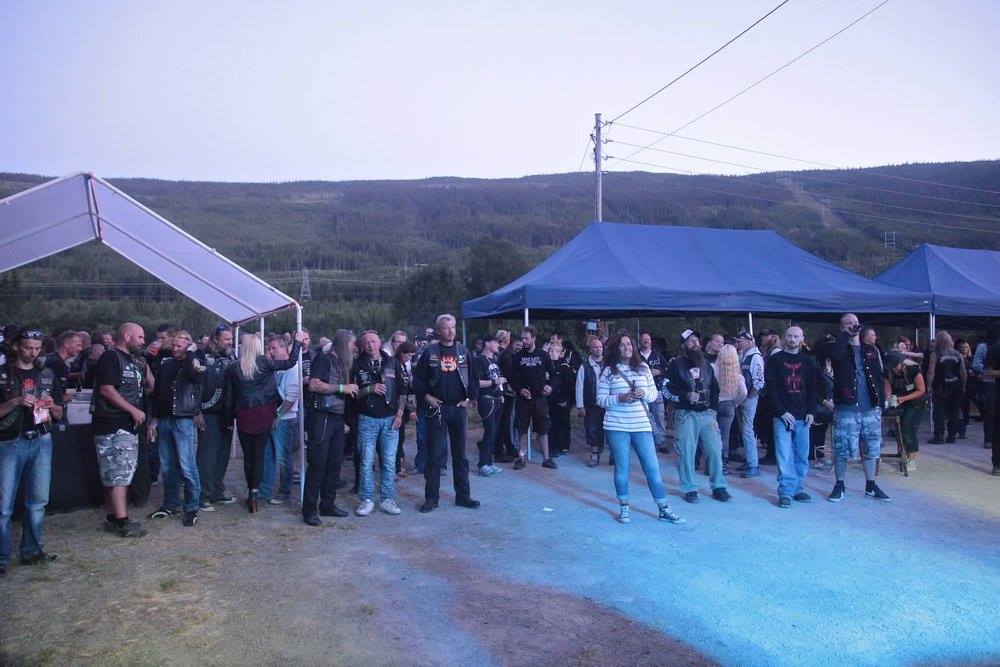 The club in Norway is now close to their 20 year anniversary and promise to make that a good one too.

The Vikings keep running their chapters like the original club intended and according to Wino Willie`s wishes and to our motherchapter`s guidelines. We aim to make those that came before us proud!

The road goes on forever.. And the party never ends!