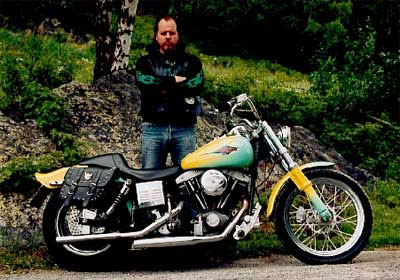 Einar "Preacher was of a rare breed of man. He was the kind that never judged you if you was blueblood or a hobo. Only your actions mattered to Einar . A man was a man, simple as that.

"Preacher" got 10 years as a member of the Valdres chapter. First as a member of Cavemen MC and later in Wino's Crew MC when the chapter joined the ranks. He was elected president of the chapter and held on to that position till his death 4 years later.

We often joked about the fact that this was one of the few happy, lasting "relationships" started in a downtown bar on a late Saturday night. Preacher had met the Cavemen MC in the town of Fagernes one night and soon became a regular guest at our clubhouse. He soon became a part of the family and did his time as hangarund and prospect before evolving into a trusted member.

We always knew what we could expect from "Preacher". He was the calm, sensible and rational guy. While the blood was boiling in the veins of the other members, it was "Preacher" who solved the situation most of the time. Often calm and discrete followed by a comment, a line of wisdom or experience in life followed by a smile. Having said so, "Preacher" could be tough as nails when the situation called for it, but most of the time he was able to sort things the smart way.

"Preacher" was an intelligent man. He had his philosophy on life and could sit talking about this for hours. He was this way all the way up to the end. Always with a glimpse in his eye and a comment or opinion following. He had enormous amounts of knowledge and often left the crowd speechless after speaking up on different occasions. He knew of the most incredible things and to outsmart him took a better man than most. The smile that always followed is something that we will forever miss sorely.

The Fagernes Crew became members of an international club in 2000 and many travels followed. "Preacher" was always ready for a new adventure and the trail led to among other places California, Texas and England. In California he got to meet the legends of Hollister '47 for the first time. This was a special moment in the life of Preacher.

Preacher got to experience riding his Harley on the endless American highways, he rode California's coastline, the plains of Texas and the twisted roads of Scandinavia alongside his Brothers.

As time went by, his illness got worse and it became harder and harder to live the life he wanted. Nevertheless he made it to England the last year he was alive to celebrate the Wiltshire chapter's color party. This was to be his last adventure abroad with the club. Preacher was a man of strong will and of loyalty.

I think it's safe to say that the Club was the most important thing in life for Preacher, only his daughter Marte Kristine and his son Erik was more important. Both kids often followed their father to the clubhouse and they soon had a bunch of extra uncles in their lives. A crew of men that will always be there for the two in the future...

When the message of Preacher death arrived it was a shock. We had for a long time dreaded that Preacher was not going to be spending as many hours in the saddle as before, but after a successful surgery life looked a little better than in a long time. He was in high spirits and was back in the clubhouse only a couple of days after his surgery. We had really hoped and believed that he still had a few years to go before heading home..

Preacher leaves a hole no one can fill, a hole that will grow bigger and bigger as the years pass by. It is already weird not seeing him arriving the clubhouse, walk in and sit down at the end of the bar with a coffee and his smokes...looking at life...

His life wisdom and his way of seeing things is something that we will forever miss. He was the one that all knew where was at, all of the time. There was never any doubt to where his heart was or what his opinion was. A man like that is few and far between...

After the message of his passing, members and a few friends gathered at the clubhouse. It all seemed so unreal and all was just waiting for Preacher to walk in and ask why all looked so sad. It was like he never left us...

Now it seems so empty in the clubhouse. Even when we are many gathered there is something missing. Something essential.. This is a feeling that will stay in the walls of Wino's Crew MC's clubhouse at Leira for a long long time.

Looking back, we can say that even how hard this has been on us all we would not miss a second of it. Our time with Preacher brought us so many memories and good times and we would not be without it for the world. The stories are many and they easily bring the smile to our faces thinking back.

We had ten wonderful years with Preacher and we will celebrate Preacher and his life in the future. We will remember him with happiness and a smile....as soon as the last tear has dried... 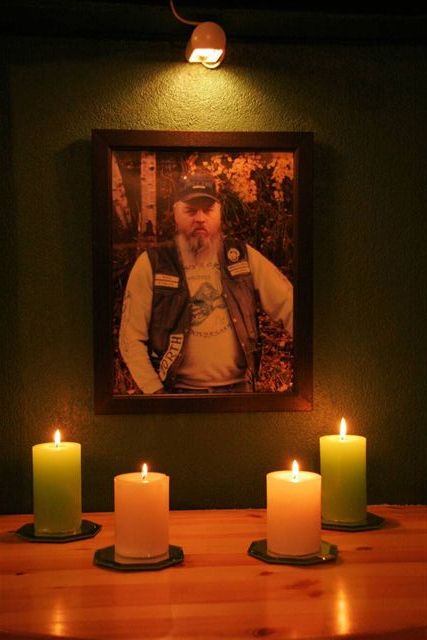 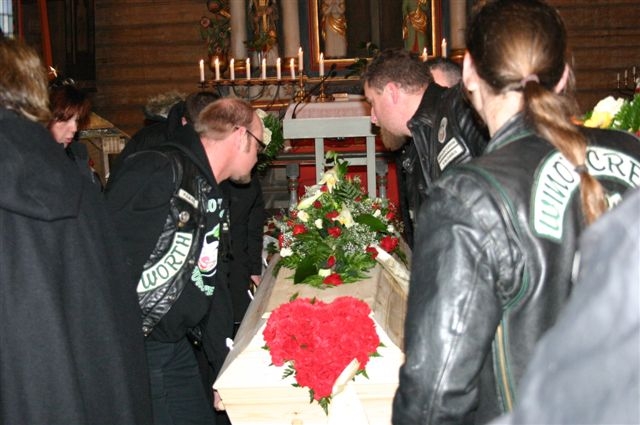 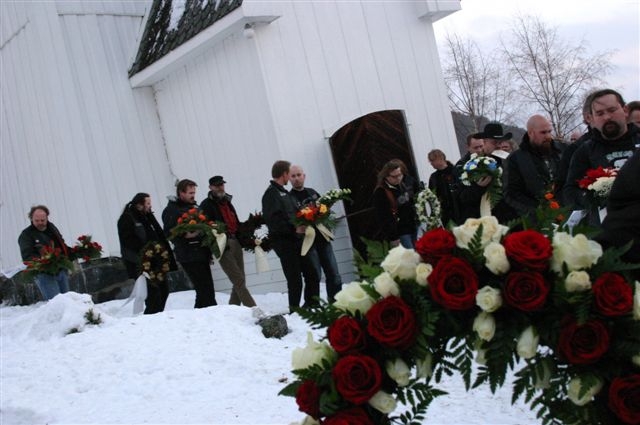 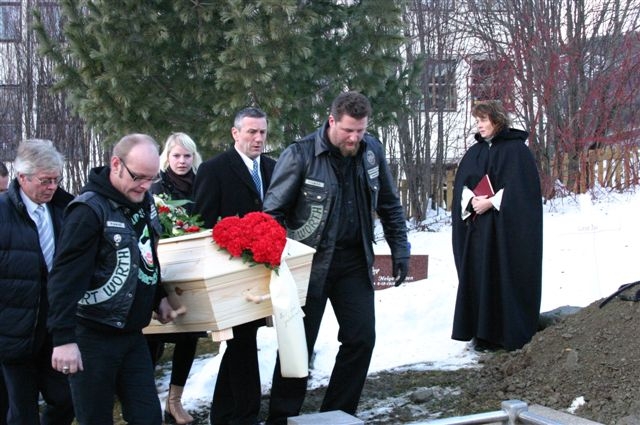 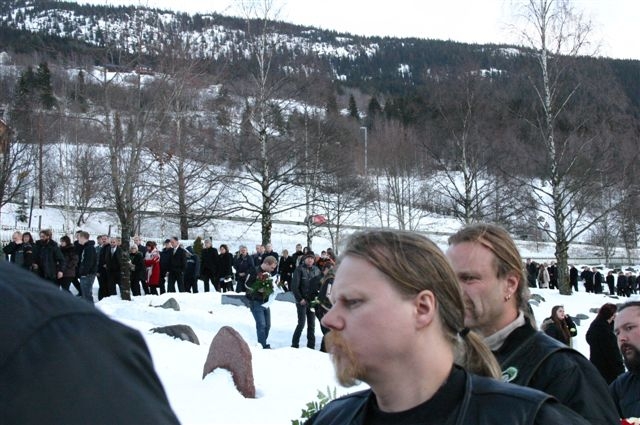 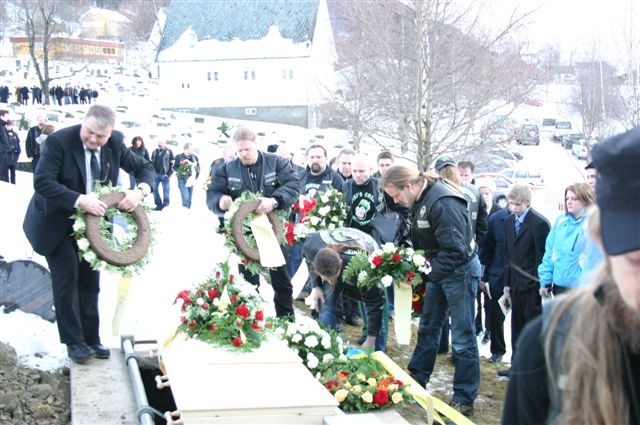 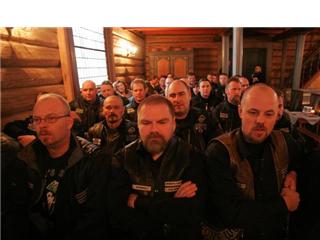 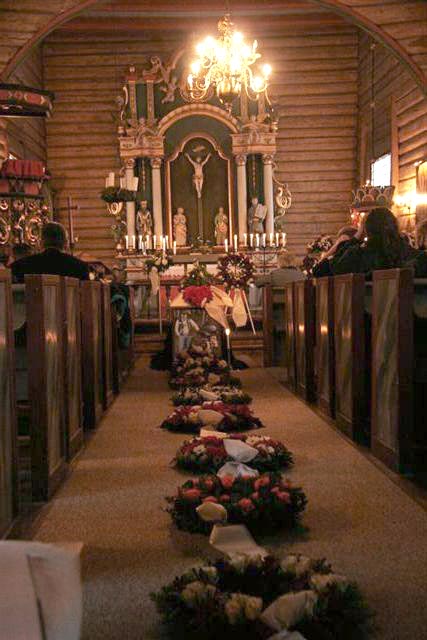 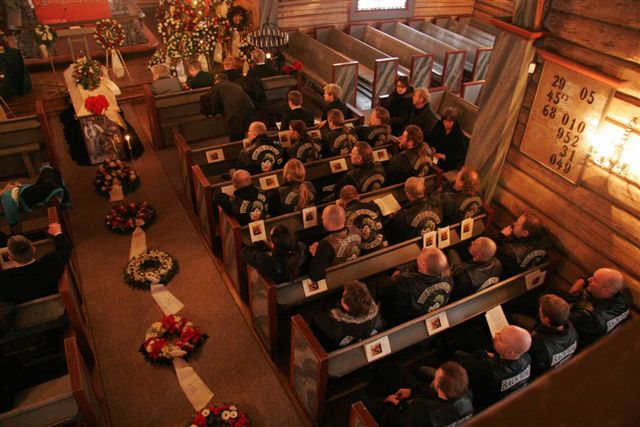